Search for Real Estate in Summerhill 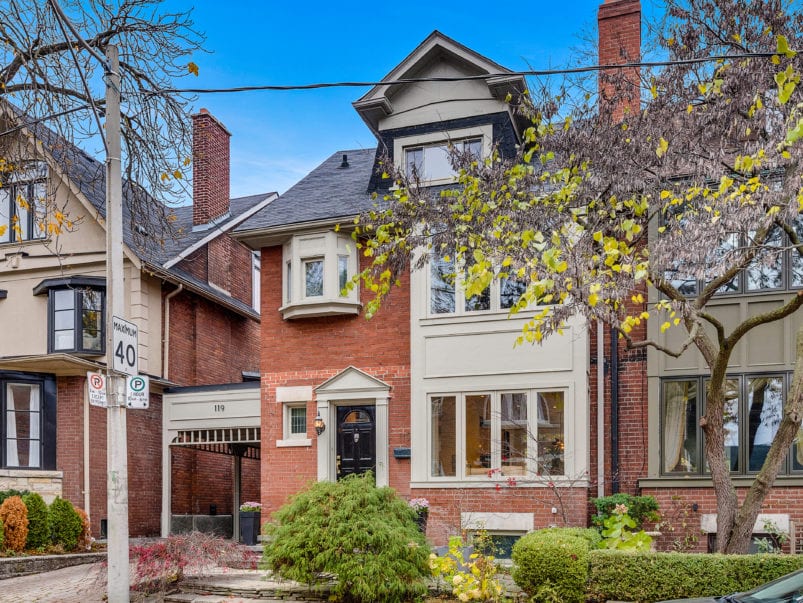 The Summerhill neighbourhood in central Toronto was named after 'Summer Hill' house, built in 1842 by Canadian transportation baron Charles Thompson.

Much of the area was once part of the Thompson estate but was subdivided by his heirs in the 1880s.

In the 1880s, the North Toronto Railway Station was established on Yonge Street and the neighbourhood of Summerhill quickly developed around it.

The Railway station was rebuilt in honour of a visit by the Prince of Wales in 1916.

The neighbourhood underwent very little growth after the railway station closed in 1931 but was again revitalized by the launch of the Summerhill Subway station in 1954 (a part of the Toronto Transit Commission [TTC]).

The old railway station is still there and currently serves as an LCBO outlet. The station, along with the still-operational CP railway bridge, is a landmark of the neighbourhood. As part of the provincial government's "MoveOntario 2020" programme, plans are currently being made to return the building to its original use as a train station, serving the planned GO Transit Midtown line.

Summerhill's turn of the century houses, winding tree-lined streets, and abundance of parkland have made it one of Toronto's most preferred neighbourhoods. It is conveniently located along the Yonge Street corridor, providing Summerhill residents with easy access to Toronto's downtown business and entertainment districts.

Summerhill's original housing stock consists of semi-detached and detached Victorian houses, and detached Edwardian style houses, built between 1880 and 1915. Many of these houses do not include driveways, however permit street parking is available from the city for a nominal annual fee.

Summerhill also contains a large number of modern townhouses, and a handful of low-rise luxury condominium apartment buildings, built mostly in the 1980's and 1990's.

Summerhill residents can obtain all of their household needs within a small commercial block on Summerhill Avenue, at the very north end of Rosedale. Residents are also within walking distance (or a short drive) to the many amenities on Yonge St., Bloor St. and St. Clair Ave.

The area's most distinquishing neighbourhood feature is the beatifully restored North Toronto Railway Station. Though it now serves as the Summerhill LCBO outlet — the largest liquor store in Canada — freight trains still run behind the station. A coffee shop occupies the southwest side, along Yonge Street, and a piazza, called Scrivener Square, with a tipping water fountain, provides a wide public space on the southern aspect. 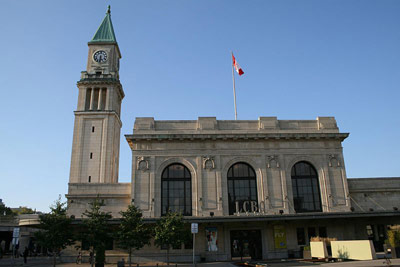 The Rosehill Reservoir Park is located east of Yonge Street, with access from Summerhill Gardens. The lower portion of this park features a foot path that is used by walkers, joggers, and cyclists. The north-east corner of this path leads to the David A. Balfour Park, a nature trail that winds through the Vale of Avoca Ravine.

The upper portion of the Rosehill Reservoir Park includes a children's playground, a wading pool, a waterfall, and reflecting pools.

Lionel Conacher Park, situated off Birch Avenue, is a memorial to Lionel Conacher who was Canada's athlete of the first half of the twentieth century. Conacher, who grew up in the Summerhill neighbourhood, played on two Toronto Maple Leaf Stanley Cup teams. He also competed at the highest level in a dozen other sports and served in the Ontario Legislature, as well as the House of Commons.

The Summerhill subway station on the Yonge-University-Spadina subway line is within walking distance of every home in this neighbourhood.

Located along the Yonge Street corridor, Summerhill provides motorists with easy access to the downtown core and to major highways.