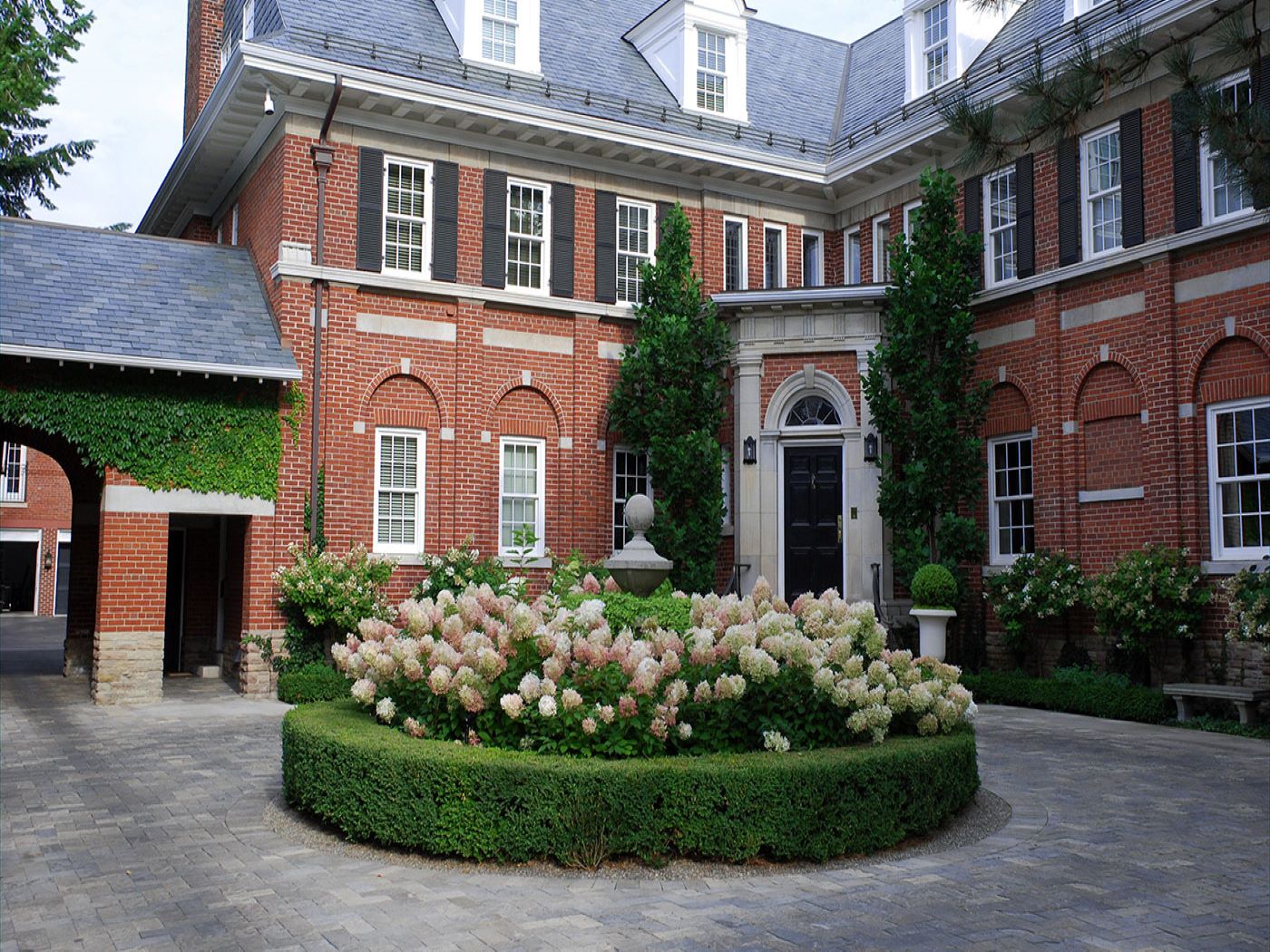 Hogg's Hollow is named after James Hogg, a Scotsman from Lanarkshire, who settled here in 1824. Hogg operated a whisky distillery and a grist mill, and was considered the most successful of all the millers in the valley.
The Jolly Miller Tavern, circa 1857, located at the bottom of Hoggs Hollow Hill, 3885 Yonge Street, was closed for many years, and has just re-opened in 2004 after many battles between developers, the city and groups that wanted to preserve the historical landmark. The George S. Pratt House, circa 1886, located at 17 Mill Street, is another historic landmark in Hogg's Hollow.

Heading north on Yonge Street, past the prominent Loblaws superstore with the cedar shingled roof motorists begin a descent down a steep valley. As you make your way down into the valley, you will see blue and white Hogg's Hollow street signs that beckon you to discover where they might lead. Follow these signs and you will be in the storybook neighbourhood of Hogg's Hollow.
Hogg's Hollow is an enchanted place set in the rustic beauty of the Don River valley. Here you will find winding crescents and private culs de sac lined with a colour guard of majestic Maple, Birch, Pine, Spruce and Willow Trees. There is even a stone bridge in the middle of this neighbourhood under which the Don River gently flows on its winding course towards Lake Ontario.

Hogg's Hollow's idyllic charm comes with a huge price tag as this is one of Toronto's most expensive neighbourhoods. Hogg's Hollow houses are set in a lush landscape with a hill and dale topography that is left unfettered and in its original state without the intrusion of sidewalks.

Hogg's Hollow houses were built over a long period of time between the 1920's and 1960's, which accounts for the curious mixture of English Cottage, Tudor, Colonial, Georgian and Modernist architecture found here. Freshly painted window shutters adorn many of these houses and picket fences are also popular.
Hogg's Hollow also contains luxury condominium townhouses and apartment buildings on the brow of the Yonge Street hill, overlooking the valley.

Hogg's Hollow residents can walk to the York Mills Centre located at the north-east corner of Yonge Street and York Mills Road. This centre includes retail shops and services, medical offices and a food court.

The Yonge Street shopping district to the south of Hogg's Hollow is anchored by a Loblaws Super Store, which features a garden centre and a take out restaurant. Continuing south on Yonge Street you will find clothing stores, professional and medical offices, restaurants and basic household services.

Hogg's Hollow residents host an annual 'Community Fair' where the families in the neighbourhood get together and enjoy rides, races, food, and good times. This fair is held in Brookfield Park, which is a small neighbourhood park with a playing field that doubles as an outdoor ice rink in the wintertime.

Hogg's Hollow community events are announced on the 'Notices' sign posts at Mill street and at the community bulletin board in the Millstone Parkette on Plymridge Road. York Mills Park, off of Yonge Street, is a large linear park that is traversed by the historic Don River. This park contains a walking path, a children's playground and tennis courts. Golf enthusiasts can walk to the scenic Don Valley Golf Course, just north of York Mills, off Yonge Street.

Hogg's Hollow residents can walk to the York Mills subway station entrances at either Old York Mills Road or inside the York Mills Centre. The York Mills station is also a Go Transit station that includes an express bus service to the Pearson International Airport.

Yonge Street provides motorists with a direct route downtown in only twenty minutes. For commuters the Yonge Street on-ramp to Highway 401 is just a few minutes north of Hogg's Hollow.