Search for Real Estate in Leaside 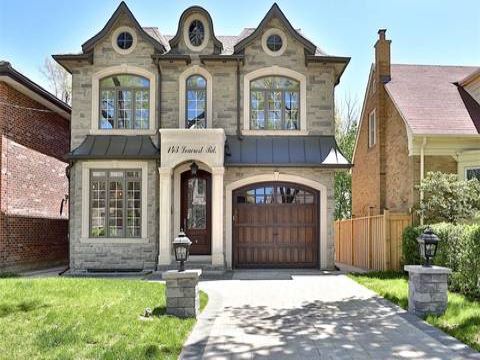 Leaside lies on the Iroquois Plain. The actions of the glacial Lake Iroquois made the Leaside area into a flat plateau, surrounded on three sides by deep river valleys. The area takes its name from William Lea and the Lea family, who settled there in the early years of the nineteenth century. In 1851, William Lea bought land just south of his father's farm, and began constructing a large, octagonal brick house, which he named "Leaside". The building served not only as a home for Lea's family, but after he became a Magistrate in the County of York, and soon served as a post office as well. 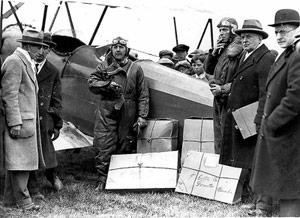 The area first developed as farmland along with Toronto through the nineteenth century. It was incorporated as a town in 1913. After the war, the strip became the site of Canada's first delivery of airmail on June 18, 1918 when pilot Brian Peck delivered 120 letters from Montreal.

In 1967 it was amalgamated with the township of East York to form the borough of East York. In 1998 it became part of the city of Toronto.

Leaside is a closeknit community of upper middle income families. The area's real estate is highly valued particularly amongst young families who are drawn by its schools, quiet streets and recreational facilities.

Leaside is one of the most sought after (and more expensive) real estate districts in Toronto. The area has excellent and varied shopping on Bayview Avenue, including cafes, bakeries, restaurants, home decor shops and spas, and provides its residents with easy access to public transit and the city centre.

The typical Leaside house is situated on a generous lot with a private drive and a garage. Many of the houses contain beautiful wood trim, hardwood floors and a working fireplace.

Leaside's Tudor-style houses were built largely in the 1930's and 1940's. There is a good mix of two-storey detached homes, bungalows, semi-detached houses, and new custom designed homes.

During the 1990's a handful of exclusive condominium and townhouse projects were built on the periphery of the neighbourhood. Leaside also contains some of Toronto's nicest rental apartment buildings, located on the east side of Bayview Avenue and on Leacrest Road overlooking the Don River Valley Ravine. 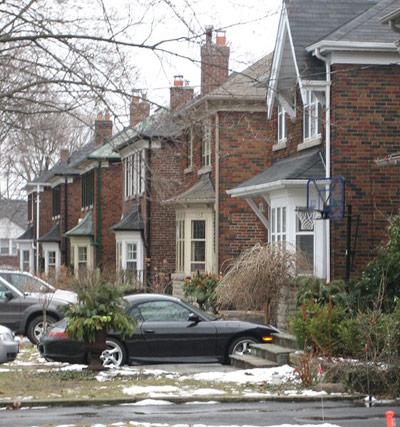 Bayview Avenue is the main shopping strip for the area. The strip runs from Eglinton Ave. East south to Millwood Ave. It has an ecelctic mix of children's stores, pubs, spas, antique stores, resaturants and home stores. Leaside residents also shop along Eglinton Avenue East. This shopping district begins at Bayview Ave. with a large Dominion and Beer Store on the North-West corner and by the Sunnybrook Plaza located at the north-east corner of Bayview and Eglinton. Further east along Eglinton Ave. is a collection of local shops and services.
There is a smattering of small shops and services located in the interior of Leaside on both McRae Drive and Millwood Road.

Leaside's newest shopping destination is the Leaside Centre, a collection of large national retailers, such as Winners,Staples and Home Depot, located at the south-east corner of Laird Drive and Eglinton Avenue. Adjacent to the Leaside Centre is the Leaside Business Park which combines light industrial businesses mixed in with specialty retail stores.

The largest recreation centre in Leaside is Leaside Memorial Community Gardens which includes an indoor swimming pool, an ice rink, a curling rink and a large auditorium.  Serena Gundy Park is located in the north-east corner of Leaside. The parkland was donated to Leaside in 1960 by the estate of James H. Gundy. The park covers 62.6 acres which are generally in a natural state. The park is used for picnicking and hiking in the summer and cross country skiing in the winter.

Trace Manes Park is located in south Leaside.The park is home to the Leaside Tennis Club and sports six tennis courts. Other facilities in the park include a playground, a baseball diamond and an outdoor ice rink in winter.